118 West 22nd Street was built in 1911 by the architect Frederick C. Zobel, it is a 100,000 square foot 12-story loft building that is a perfect choice for companies looking for office space in the iconic Flatiron District, located just one block from Madison Square Park. Commuters have easy access to PATH and 1, C, F, E, N, M and R subway lines at nearby 23rd Street Station. Fantastic amenities can be found along Avenue of the Americas and 23rd Street; from Trader Joe’s and Eataly to Shake Shack and Blue Mercury Coffee, the area offers an abundance of food, beverage and retail options for all. The building welcomes tenants and visitors with an elegant light brown limestone facade that still boasts many of its original metal cladding and stucco decorations. 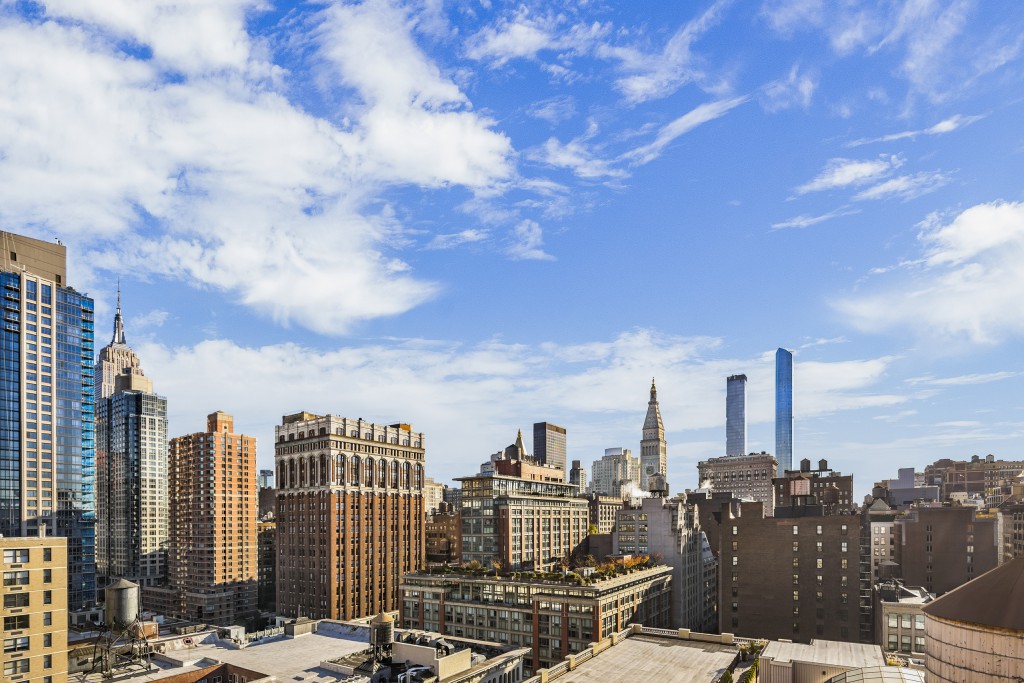 The district is named after the world renowned Flatiron Building, situated at the crossroads of Fifth Avenue and Broadway at 23rd Street. The Flatiron district is bound by Union Square to the south, 23rd Street to the north, and reaches west to Sixth Avenue and east to Park Avenue South.

This iconic neighborhood offers an abundance of amenities for many area workers and residents. From the open space of Madison Square Park – and the very first Shake Shack that still has lines forming nearly 15 years since the first humble summer cart was replaced with a permanent kiosk – to high-end eateries and much in between, it is a foodie’s paradise.

For something ultra-smart, diners at Eleven Madison Park, named the Best Restaurant in the World in 2017, sample 3-star Michelin cuisine from Chef-owner Daniel Humm. For similarly polished execution in a more relaxed yet extremely stylish setting, Mexico’s leading chef Enrique Olvera has been wowing diners since 2014 at Cosme, which also made the top 50 list. Other go-to destinations include Jean-Georges Vongerichten’s ABC kitchen with locally sourced farm-to-table offerings and Gramercy Tavern.

Another famous chef making his mark in the area is Mario Batali. Eataly, the original location of his famed Italian market with offerings morning to night, keeps the lunch crowd and late-night diners happy with restaurants, counters, cafés and the market.

There are numerous high-profile tenants in the area including Credit Suisse, Yelp, Sony and Tiffany's.