10-27 46th Avenue offers 60,000 square feet of newly renovated workspace within a Long Island City industrial building. Polished spaces and an abundance of natural light are paired with swift commutes and a host of nearby amenities to provide a smart alternative to Manhattan.

With natural light pouring in from four aspects, wood floors, and exposed brick and beams, 10-27 46th Avenue offers workspace where productivity and inspiration go hand in hand. The renovated lobby, featuring work by local artists, sets the stage for space where creative thinking can be nurtured.

PS1 MoMA and LIC Flea are nearby and it is across the street from Fifth Hammer Brewery and Gutters bowling hall. The property can be reached via the 7 train which is a quick five-minute subway ride from Manhattan. 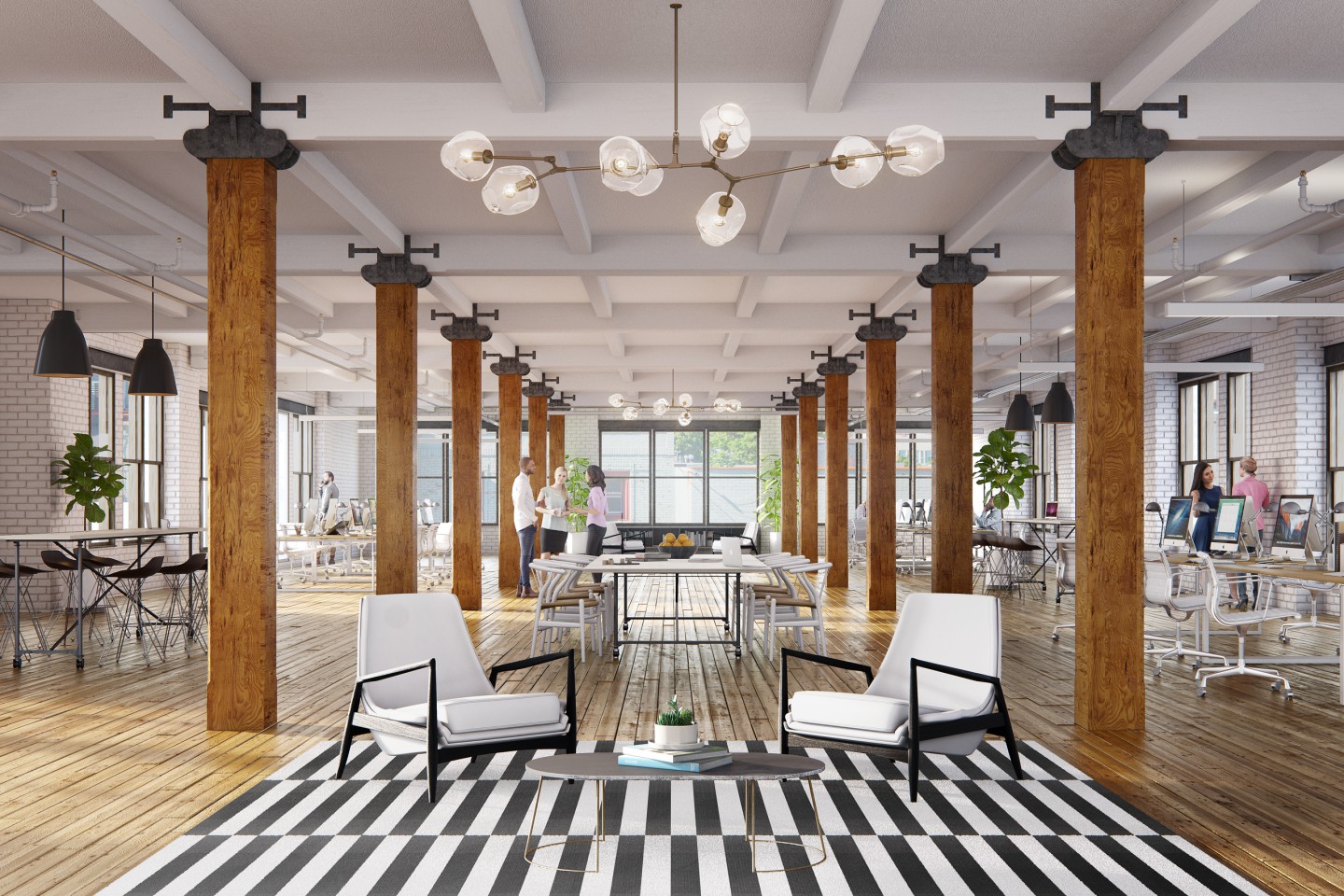 Once home to numerous factories and bakeries, Long Island City on the western edge of Queens and positioned just over the Queensboro Bridge has seen a building boom unlike any other part of New York City. At night its skyline stands tall and proud with new developments and renovated industrial buildings, housing luxury lofts and commercial space rivaling the best in Manhattan.

The trend of businesses relocating from Manhattan to Long Island City began in 1990 with the building of One Court Square, also known as the Citigroup Building. Citigroup continues to maintain offices in the building. Other major tenants in the area include JetBlue Airways, Ralph Lauren and Uber just to name a few. With continued development in the area, Bloomingdale’s will also be moving much of its corporate operations to LIC. Numerous smaller tech firms have also made their homes in Long Island City and enjoy close proximity to the new Cornell Tech campus located on Roosevelt Island.

Along with stunning renovated loft buildings and gleaming residential towers, the area is known for its waterfront parks, its established arts community and its booming artisanal scene with LIC Flea. MoMA PS1, one of the country’s largest contemporary art institutions, and the Fisher Landau Center for Art are also found in the district. With an abundance of dining options, from waterfront dining to local breweries, pubs and bistros, LIC has it all.