80 Eighth Avenue was completed in 1929 and originally known as the Banker's Trust Company Building. It was designed by the architect William Whitehall in a neo-Gothic style. Standing 282 feet tall and 20 stories high, the building offers 185,000 square feet of commercial space in a prime location.

Situated at the crossroads of Chelsea, the Meatpacking District and the West Village, and a block away from Google's New York headquarters, this area has become a highly desired location for all tenants alike. The newly renovated lobby was restored to showcase the buildings authentic architectural elements and modernized to appeal to today's tenants.

The building's location provides a wealth of day-to-day amenities including quick access to excellent dining, retail and galleries that fill the nearby streets. Additionally, Chelsea Market and Barney's downtown are only a few blocks away.

The A, C, E, and L trains are located directly below the building, while the 1, 2, and 3 trains are found a block away making for an easy commute to and from the building. 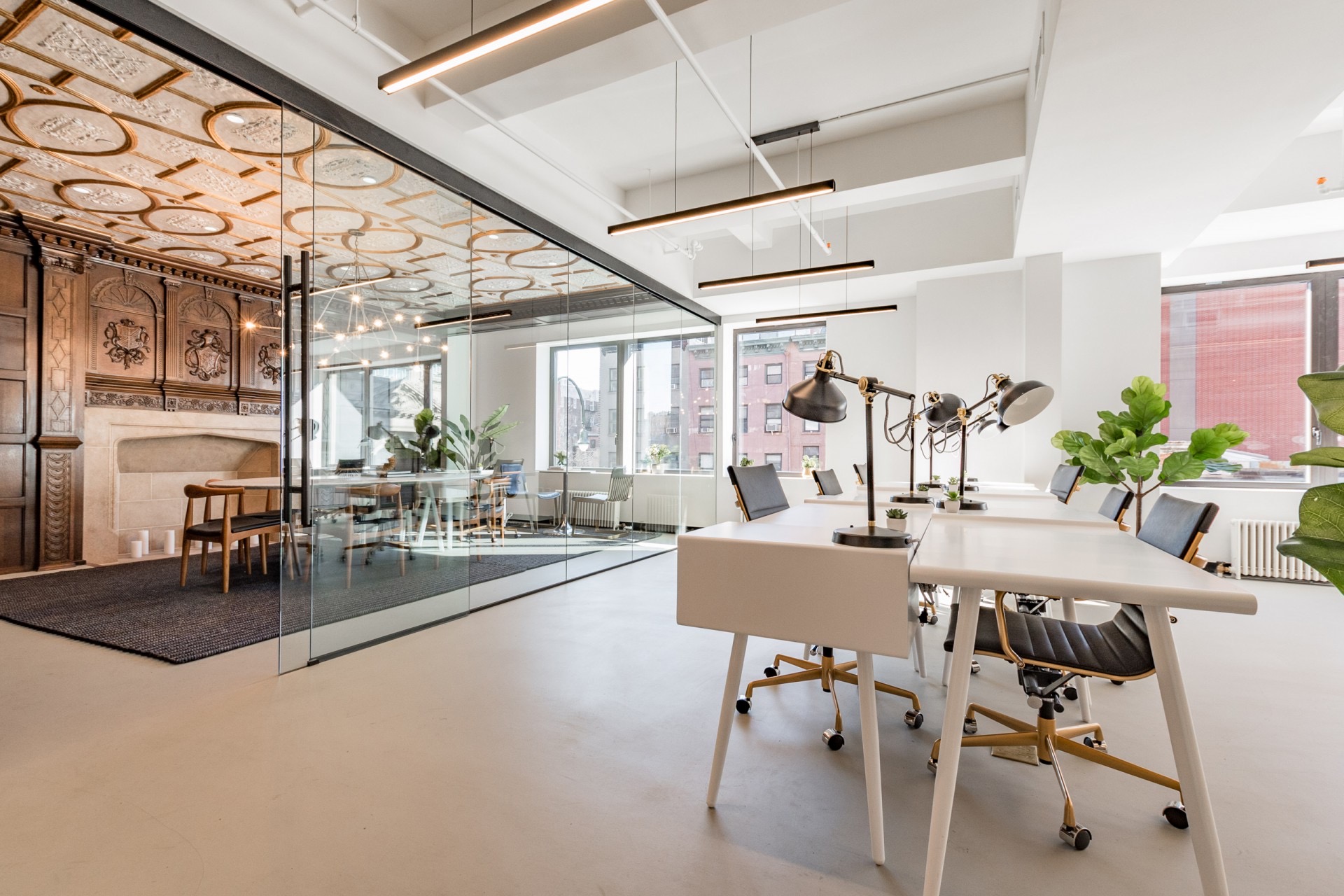 Now home to the Whitney Museum and the southern end of the Highline, the Meatpacking District has come a long way. The transformation could not be more remarkable; where there were still abattoirs and dive bars just a decade or two ago, now slick designer stores, destination dining and nightlife sit side-by- side, with New York’s exclusive Soho House and the perennially popular Standard Hotel defining the scene.

Casual popular eateries include Chelsea Market, Grey Dog and Westville, while for Michelin-starred fare, Mario Batali and Joseph and Lidia Bastianich's Del Posto or the Maritime Hotel's La Sirena remain popular. Beneath the Maritime Hotel the hot spot Tao Downtown, serves fine pan-Asian cuisine within a club atmosphere, catering to celebrities and high-end clientle. In recent years the southern end of Chelsea has emulated its freshly-polished neighbor, the Meatpacking District, with shoppers heading to Barney’s Downtown and upscale boutiques such as Comme des Garçons. In its west, affluent art collectors flock to the area's nearly 200 commercial art galleries.

Anchored by pre-war staples, such as Google's 111 Eighth Avenue, striking examples of modern architecture have injected new life into the old streets, including the IAC Building by Frank Gehry – InterActiveCorp's headquarters. This district is home to some of the City's largest and most progressive tenants, including Google, DVF, Major League Baseball and EMI Publishing. The Meatpacking District and neighboring Chelsea are served by A, C, and E trains along Eighth Avenue and the L train at 14th Street for journeys across town and to Brooklyn. 1, 2 and 3 train service is a short walk away on Seventh Avenue.