45 West 34th Street is a historic building completed in 1907 by the architects Howells & Stokes. Recent capital improvements include a stunning new lobby, elevators, windows and common corridors. The building stands at twelve stories and 111,500 square feet. Featuring a stone façade with carved architectural detailing that highlight the windows of every floor. With boutique full floors that can easily divide, the building is an ideal option for both medium-to-small tenants alike.

Situated in the midst of the bustling 34th Street, the building caters to all tenants needs.

Tenants can enjoy a wealth of food, beverage and retail options seconds from the doorstep.

The address has easy access to many mass transportation links. These include the N,R,W,F,M, 6 subway trains, PATH trains as well as both Penn Station and Grand Central Station. 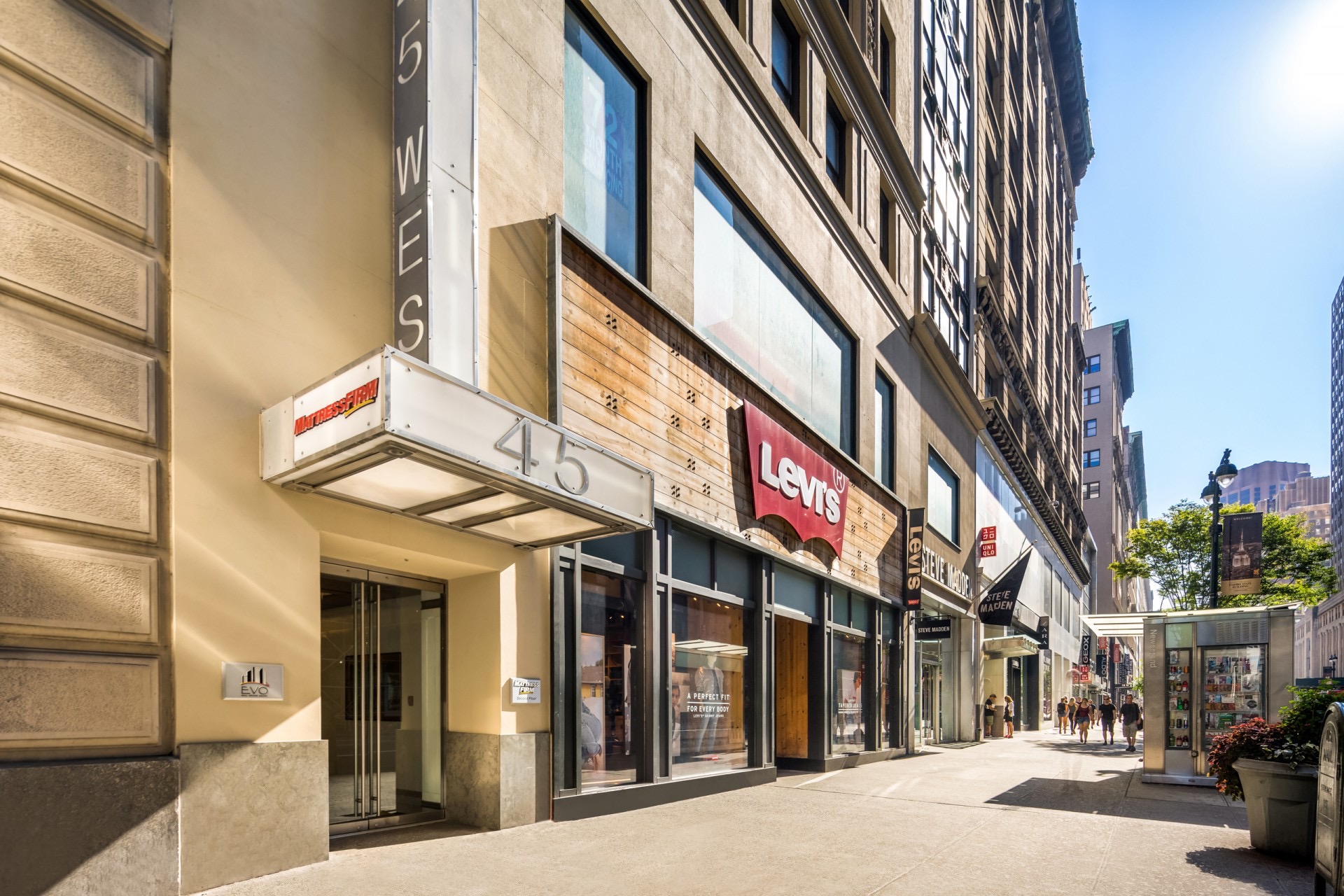 The Garment District lies at the heart of the commuter triangle, marked by Penn Station, Grand Central Station and Port Authority Terminal. Situated between Fifth Avenue and Ninth Avenue, from 34th to 42nd Streets, this area is also known as the Fashion District. It has a rich history as home to showrooms, fashion design and production houses, as well as garment wholesalers. Well-known labels like Carolina Herrera, Calvin Klein and Donna Karan among others all maintain a collection of showrooms, production centers and offices in the area.

Even with its rich history in fashion, the economics of manufacturing have changed over the years, so the district has seen an influx of other businesses, including media, creative agencies law firms and tech. Even so, local sample sales still prove popular with workers and residents. Art plays a vital role in the area with Space for Public Art – a street-level space for local artists and designers to grab the attention of passers-by – and Bene Rialto, featuring emerging brands, an educational co-working space and experiential event space. For a mix of art and café culture, MacarOn Café and Café Grumpy are popular destinations.

The major transportation hubs at Penn Station and Times Square serve the Garment District, with access to 1,2,3,A,C,E,N,Q,R and W trains, plus connection to New Jersey Transit, Amtrak and Long Island Rail Road. Metro-North Railroad can be accessed from Grand Central Terminal.